spent today cleaning the cupboard next to my desk. didn't chuck much but re-organised everything.

dug out my coin collection. i actually have some rare coins. some which there are less than 5 million are rare, by comparison of normal coins which are produced in over 20 million. 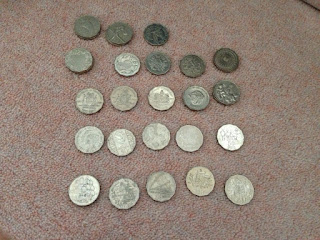 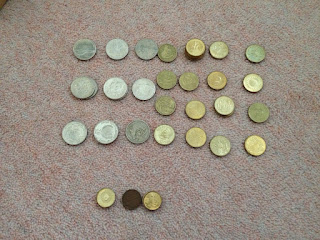 just had a look at the 20c on the website. there are about 20 designs, and some are really pretty, except they only produced 2 million of the pretty ones, so no chance there since the pretty ones were all made in 2001.

i'm only missing 2 one dollar coins, according to the aus government's website, which i think shows the coins released to public. there's only 6 million of one, and the other one there's 20ish million... again, i don't collect the normal one dollar from different years. however, with the normal one dollar, some years which the coin was made in are rarer than others. there are 2013 ones, and these other coins which i think are scams since people sell them on their website for 30bucks...

that dark coin between the 2 dollars is actually a 2c. i thought it was 2 dollars until i checked on the website and it was a cent not dollar. and have yet to find a red poppy 2 dollars, but i'm pretty sure if anyone has ever got hold of one they probs would have kept it since it's so eye catching. (just ebayed it,  people selling it for 20 bucks =/ and that price will probs increase even more in a few years). also probs won't be able to find a 1c.

i also found a coin from africa which my bro gave to me. obvs he got ripped off when he was young, since i'm pretty sure, the aussie dollar was higher than the african currency, even if it was 10 years ago...


my first 3d puzzle! quite easy. and i didn't cheat by using numbers! the only tricky thing is holding the pieces at the right angle so they stick together. 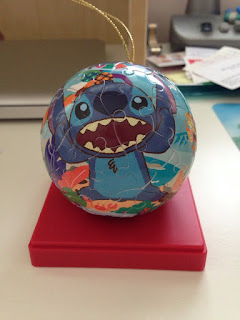 watched tron: legacy today. i really like the grid part. i remember watching it in 3d with my fam at Dreamworld at night. it was a massive cinema, bigger than vmax ones, and it was only my fam, and three other people, which felt like a private screening (: