amazing weekend! ceebs to blog about everything (i'm sure bitter would do that)

so sad that federer couldn't make it to the finals. i know i wasn't expecting much since he's so old compared to everyone and i know he doesn't go running after every single ball.

but i still saw him in person! even if it was only glimpses since he was practicing on the other end of the court from where i was standing. mission accomplished. i doubt he would play next year, or maybe even make it to the semis since quarters were so intense. if i was him, i would rather retire at the top, compared to trying to keep playing and slip in ranks. 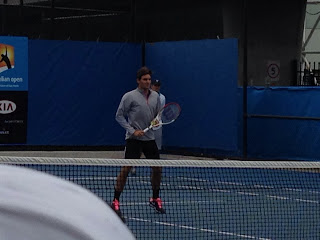 so much free stuff! well more than what i thought there would be, since i went in the last few days. that grounds pass was worth it as you can see stuff, play stuff and get stuff. the mount franklin cooling room thing was so pretty, and i want one of their chairs! fav freebie is defs anz fans. the fans themselves have three batteries and they have electronic words on the plastic blades when they're on. 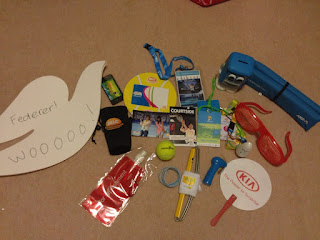 i like doubles, since the only autographs i got were from doubles people: the aussie pair (who are from south african) and the guy runner from cze. the key is to stick with kids. after the mixed doubles finals, the kids next to me were full calling to ebden "can i have your towel" about a million times and they got it. almost got he's sweatband, but i'm short so the guy next to me reached to it first. 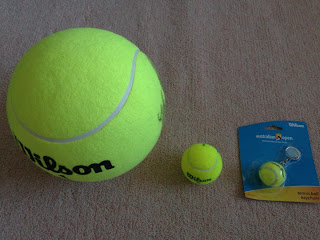 three different sized AO tennis balls (: didn't get the medium sized one though...

I GOT A FREE TENNIS BALL as much as i hate murray, after he practiced for a bit before the finals, some kids called out, and his coach/trainer/person on his team hit some australian open/wilson branded balls that i tried to get by asking other people, but didn't manage...

atmosphere is really good and i guess it's worth it. the pre-entertainment is so cool! by the end of the night, bitter and i had super fast reactions from the two people siting next to us who were screaming for murray. i saw a replay of the match the next day, and i could hear the guy on tv, and we were sitting quite back...he was sososososo loud. so glad he went out a few times to buy drinks and smoke, since once you go out, you have to wait for three games until they let people back into the arena.

so glad djokovic won. if murray won, idk, the people next to us would be super crazy, and i really hate how murray beated fed in semis and olympics. he has improved though. like before the olympics, he was always runner up/semi, just always 2nd, never tried 1st. i also hate his mum. you can see that attitude. his gf is really pretty, but i swear she has gone fatter-you can see it in her face. oh, i don't like azarenka esp cause of the controversy, but she looks quite nice in the newspaper. secretly, i was hoping for a 5 setter to get the most out of my money, but that would mean another chance for murray =/ setting out in the arena is different. and you get to see so much more. but i missed out seeing how the umpire got into his chair! ))):

rod laver arena is cooler in person. the main walkways are carpeted. most of the lower ground seating is corporate. like when they chuck free stuff, that's corporate with super duper weird companies. only the sunny and other side facing the full padded chairs are public. hard to explain, but yeah, get connections, get a good seat.

i also went to Fenix! gary from masterchef restaurant since they had 50% off all food. sooo good, like the flavours, such as the pork belly and jap scallops with cabbage and nashi pear salad. and the bomb alaska had a good balance of the rum sauce with the meringue and the inside stuff. 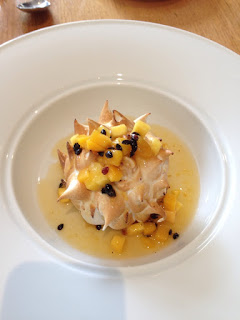 and this sesame ice dessert was sooo good. the texture was kind of like an ice crush from boost, but a bit harder, but not like those chunks of ice from meet fresh. would totes go back again next time. didn't have any ice-dessert type of stuff in hk. 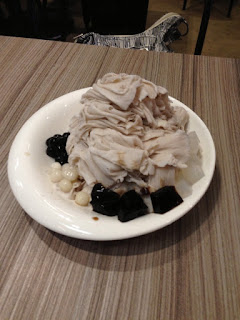 i love melbourne transport (: i find that melb cbd is smaller than sydney. but it's heaps more convenient with their blocks. managed to go to most of the tourist places during the long weekend, but obviously didn't go to the places i went to in my last melb trip. the weather is way too unpredictable, at night, it's colder than winter in hk.

going to sydney international airport last year was $11. this year going to domestic is $12.90 (and international is a stop further away). i read in the news that sydney have the most expensive trains from cbd to airport. totes true at $2 per km, it's kind of like getting a taxi.