Came here during their 50% off Dimmi offers since I was craving dim sum (or dumplings, but these technically aren't dumpling as some Chinese people like me will tell you). Got there at 6:07pm, for a reservation at 6pm, and they had already cancelled my reservation already, and I received a 'cancelled booking' email from Dimmi at 6:08pm. Dimmi booking terms allows you to be 15min late, and I'm pretty sure they wanted to take more walk ins than bookings. They still let us be seated, and reminded to give the table back in 1.5hrs, which was already a part of the booking on Dimmi. In hindsight, they did some very sneaky moves to the menu, which I'll explain later. This post is from April but just publishing it late because of a back log of food posts on my blog... 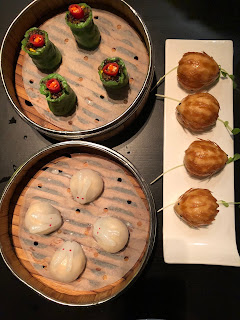 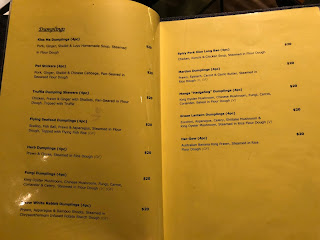 menu from the night 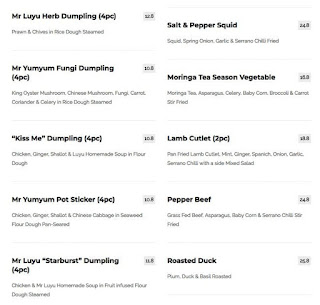 example of menu when it's not on special
(note price discrepancies) 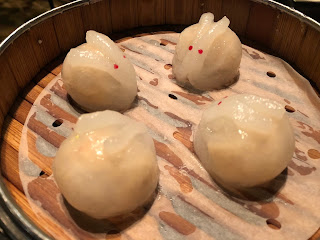 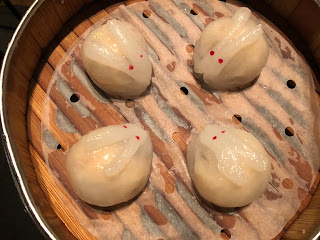 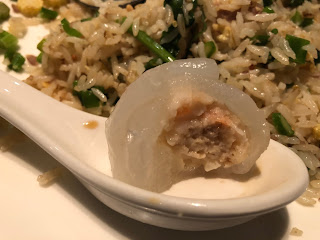 
These were really cute, but there wasn't much filling inside. It did have a bit of prawn, but not one whole prawn like in other yum cha places. The  dough could have been thinner as well, but I guess they made it thicker cause they needed to do the ears. 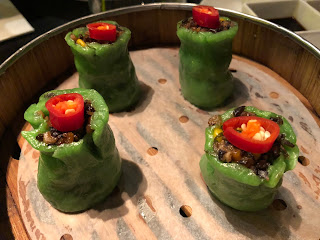 
This wasn't on the website menu. I like how the dough is green. Didn't eat the chilli, but a nice combo of veggies for the filling without being too salty. 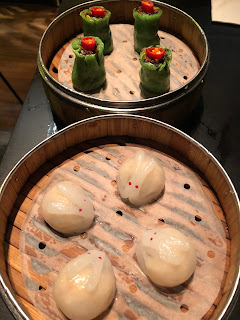 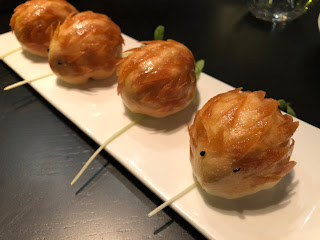 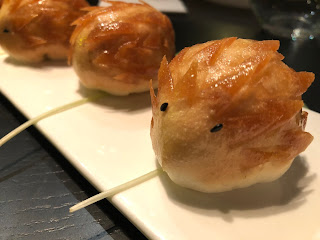 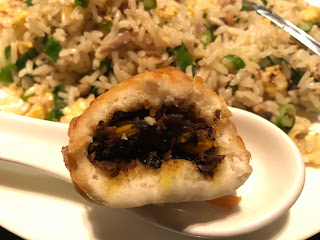 Another super cute dish. I did find the dough a bit too dry and thick, and could've had more sauce in the filling. I like how they had bits of pastry to make the spikes. 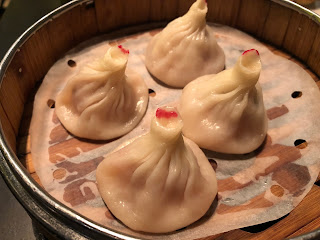 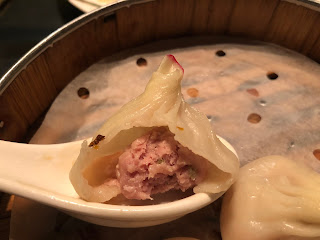 Nice thin dough with flavour soup inside. The meat is a bit smaller, and again wished there was more soup. It was average but not amazing. 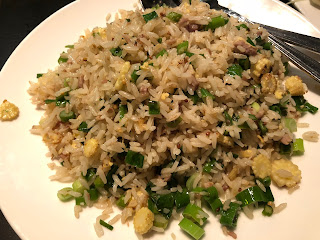 I love how the fried rice is more 'fried' and has a drier texture in these 'modern Aus' restaurants as not many places can do a good fried rice. There were tiny bits of duck in it, and I think would've been better to have slightly larger pieces for some texture and more flavour.

You can see the price discrepancies, even though they served 4 instead of 3, there is a major price mark up, and even half price, it turns out to be similar price to the website price/previous menu before they had the Dimmi deal. I wonder if they revert back to their old menu/prices after this promotion. Like for some dishes, only saved 80c in total. So half price seems like I'm saving a lot, but just compared to the original price, yeah, it's not really.

The waiters were friendly, and inside sat at a good table with decent lighting, since they use spot lights, and some parts can be dim. Probably will just stick with the asian yum cha places next time.