Careers expo today, and back again at Luna Park. Funny how a few weeks ago my bottle was leaking,  and this week I got 2 new good quality bottles. A Brita bottle to filter out lead (lol, that news article), an a Memo bottle which can fit into my thin bags. There were more freebies than last year rather than just lens spray, and food was decent. 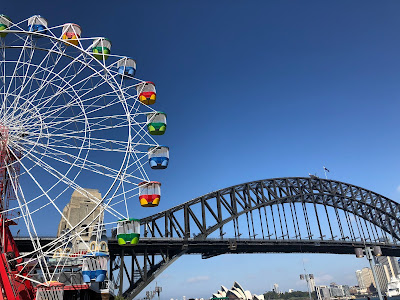 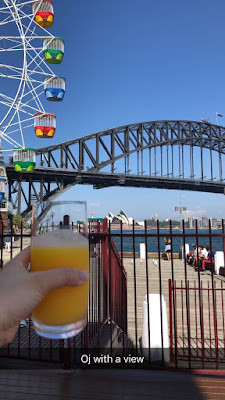 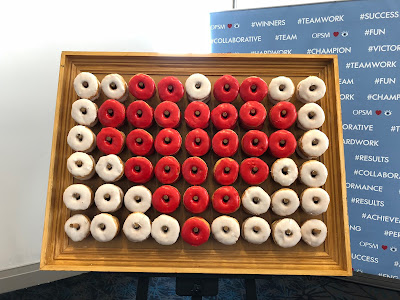 Too much sugar so didn't have a donut, but still pretty cool. 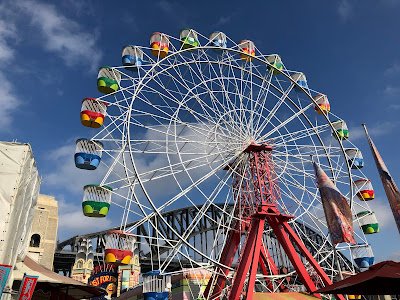 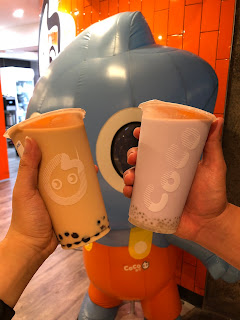 First time I had Coco was in Taiwan, where a small was a large in Sydney, and less than half the price of a medium (i.e. was around $2). Taiwan actually didn't taste amazing since I think the milk isn't as good, the tea flavour wasn't as prominent, and the pearls weren't as chewy. They have opened a new store in Town Hall station, and doing buy one, get one free pearl milk tea. I opted for 30% sugar and no ice for both. It wasn't really sweet at all, and could taste the tea flavour in both. Just wished there was even more tea flavour, and more taro flavour in the other one. I actually don't drink this stuff unless it's free or discounted since it's not healthy (and apparently pearls are carcinogenic).