Cream cheese was half price at the beginning of the year, and I was like, time to make another baked cheesecake again since I have some time off in April. Decided to make it yday and initially I freaked out because I thought I broke my spring form tin cause the base wouldn't fit and I already prepped all the other ingredients which I didn't want to go to waste. Turns out I was trying to fit the lid through the top instead of the bottom groove of the pan, it's been a while since I baked...The only time I ever use my KitchenAid hand held food processor is for crushing biscuits for this cheesecake. Literally use it like once every two years...thank goodness I got it for free. That's why I'm not a big fan of fancy kitchen appliances. That being said, I can see why people do invest in a stand mixer since they chuck it in and just watch it mix, rather than holding the mixer and bowl. The actual process is really simple, just mix stuff in order. Waiting for the base to cool before adding the filling took a while. 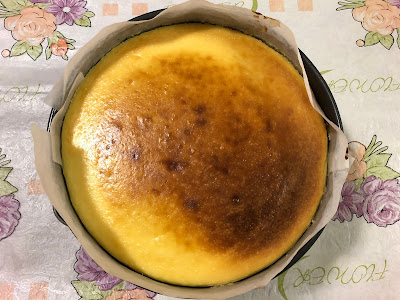 I cranked up the over more this time, and it did burn it a bit rather than give that nice golden yellow colour. You can see how uneven my old fan forced over is. Took it out, and the right side of the over is more powerful than the other parts. 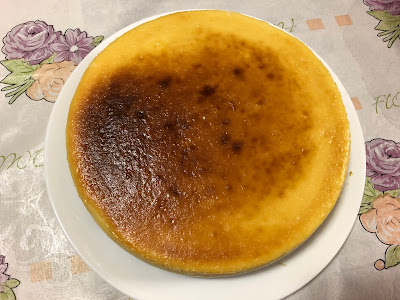 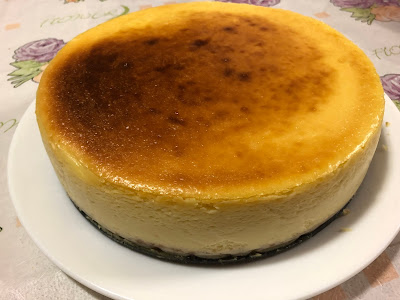 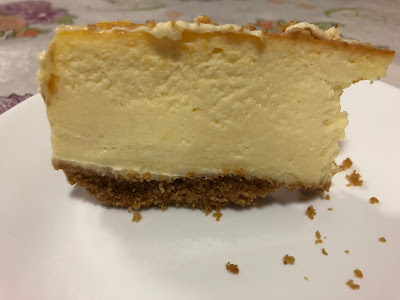 It wasn't fully cooled down when I cut into it, so the biscuit base was quite crumbly, even though I packed it down hard. It's also hard to make the base even as well with just a spoon. Need to remember to push the biscuits to the edge more. On the day, it was quite creamy/soft compared to a slightly denser cheesecake, but not soft like the Jap cheesecakes.

Had it again today after chilling in the fridge and it's a lot better. It has that bit of 'resistance' when you cut through it. The base is a but hard in sections but not as crumbly. It tasted better last time I made it, but probably cause I made it in winter, whereas this autumn it's still hot and a bit humid, which affects the mixing and cooling process. The flavours are still nice since not too cheesy/rich (unless you have a big piece), since I put in a bit less sugar and more lemon juice than recommended. Still used the same recipe from a MC Masterclass run by Matt. Yay MC is starting again soon...but just as uni is about to get busy again... 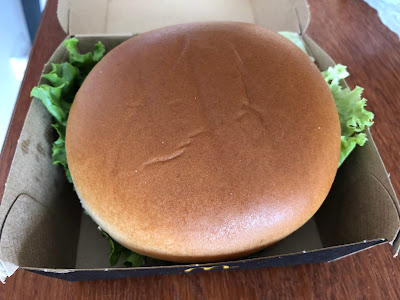 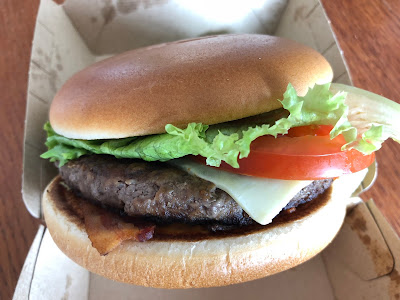 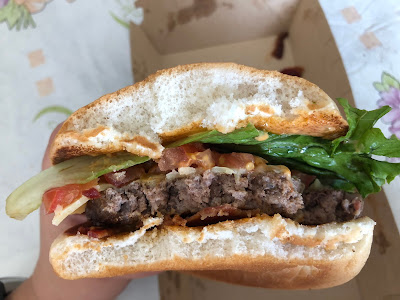 I've been craving burgers for a while, and missed out on free duck burgers and half price brekkie burritos in the city (non perks of not having uni), so decided to try this burger after gym. I also fully face palmed yday cause I thought I cancelled my gym membership but didn't. First time going through a drive thru in years, like at least 4 years. I also missed a turn going in (shows you how much I don't eat Maccas in my area), and took a 3min detour/uturn back the other way around since it was a big road. Oh the things I do for food...

It's my first Maccas of the year, hence why it's on the blog lol. I don't actually taste much difference with the wagyu patty. The angus is more dry/lean/slightly rougher in texture, the wagyu is just softer, but it's not really fatty either compared to their normal beef burgers. it had crispy bacon which was quite nice. Cheese wasn't melted properly, only something you'll find in a cheeseburger or a burger joint which grills the meat with the cheese on top...I didn't really like the soft bread since I couldn't grip it, like my fingers would rip through the bread, or the filling would slide through the bread since I just couldn't have a strong grip within poking a hole right through both the top and bottom bun. I would rather a soft bun like brioche, but that is still more sturdy. Yeah, it was really just average and nothing amazing. Not much sauce and couldn't taste the tanginess as well. Also, it's 20c cheaper at Circular Quay than the hills #hillslyf. It's not cheap for Maccas at all...I guess i've just always had the impression that you can get a relatively larger burger/meals for less than $10, but that was over 10 years ago...Whereas I'm ok paying ridiculous amounts for some food, Maccas is an exclusion.
Posted by Elisa at 11:46 PM