met up with Shirley and Tracy last Wednesday whom I haven't see for ages. some "cheap" eats, but good catch up time. 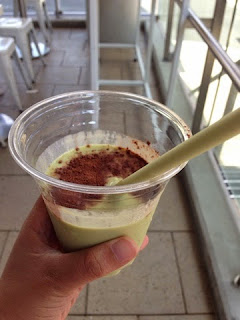 earlier at uni, mamak were giving out free avo shakes. believe it or not, this was my first time having one, and i was expecting a super rich and creamy avocado flavour, luckily it wasn't too creamy. i love my avocado, but the thought of making it super rich and creamy makes it feel a bit to fattening. this one was a bit sweet, so you can taste a little bit of the ice cream in it. 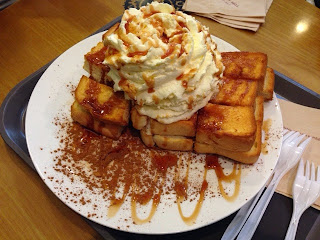 second time having this in a week. this one didn't taste as cinnamon. the free wifi is now limited to an hour 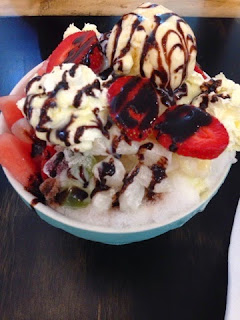 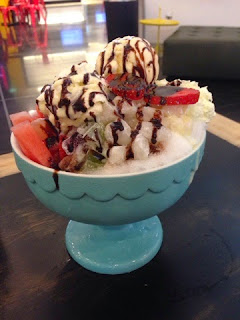 made our way to Central Park just for this at TNS Coffee Project. can't believe they had to call the manager to give us 20% off. quite ridiculous imo. just give us the discount, it's only around $4 cheaper. feel like i', getting ripped paying $18 for ice, but it's the novelly of eating it i guess. too much candy in this one, and hard to incorporate the toppings with the ice which was quite thick