First time having cuban food, although I’m not really sure what Cuban food entails. It's sort of like Mexican but not really. You actually go upstairs to go to the entrance, which had surprisingly quite a lot of seating and relatively expansive for a CBD restaurant. Thanks Dandelion for booking the group dinner. It was a ‘surprise’ location for dinner, and she took us here since they had 50% everything from a Dimmi deal, and it’s also nice to try something different (this post is more than 2 months delayed...) 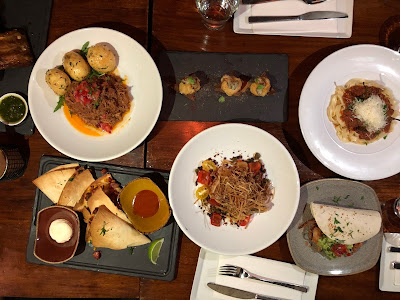 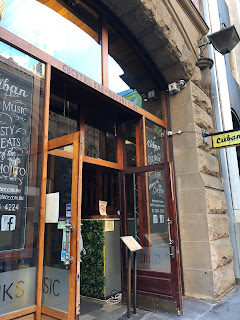 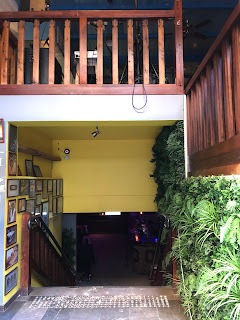 Didn't realise this restaurant was just behind the QVB on the other side of the road. 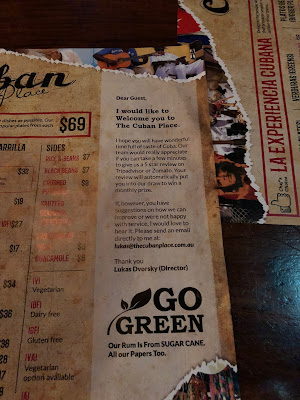 Can't bribe me to give 5 star reviews. also, it's only a draw to win, you don't even get a voucher if you give 5 stars. only honest opinions here. 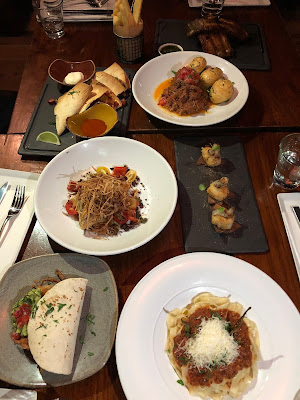 I think we sort of over ordered since it's half price and we wanted to try a few things. Didn't take a photo of the menu at the time, only a photo of the receipt. 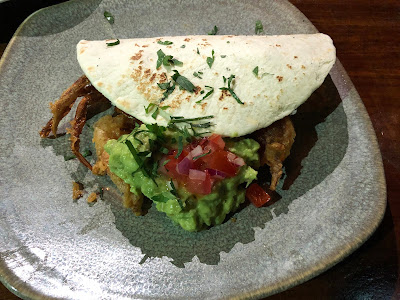 It's not cheap for a taco, but you do get a whole soft shell crab. The crab was deep fried well, and the taco (tortilla?) was nice and soft. Paired well with the guacamole and tomato. 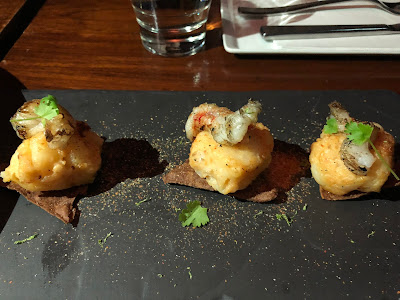 This was a prawn and octopus (?) on top of a tostada. This was quite nice as well, but expensive since you only get 3 pieces. 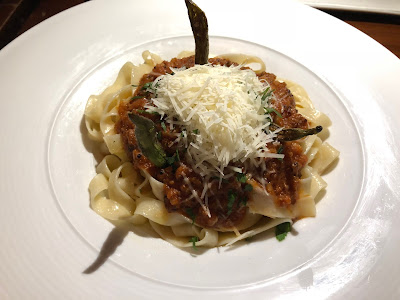 Linguine with tomato and quinoa sauce, okra, parsley & a duo of Parmesan and Manchego cheese-$16

The linguine was pretty average. It didn't have much flavour, not much sweetness from the tomato and under seasoned, just like my mum's 'healthy' and bland cooking. I also think Dandelion could make a better pasta with her mad cooking skills. 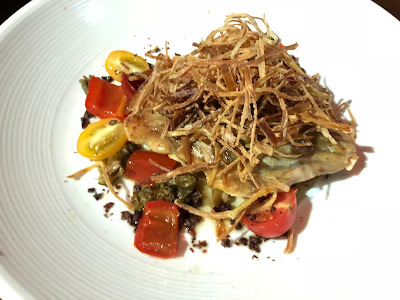 They didn't say what fish it was, but we figured it was barramundi. It was just on the tad bit overcooked, but I liked how it was garnished with crispy leeks. There was a decent amount of potatoes hidden under as wel.. 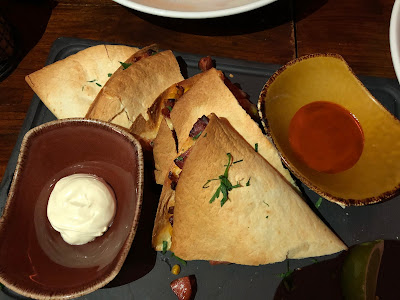 Loved the toasted wrap/bread stuffed with cheesy chorizo, one of my favourite dishes from the night. The chorizo wasn't overly salty either. 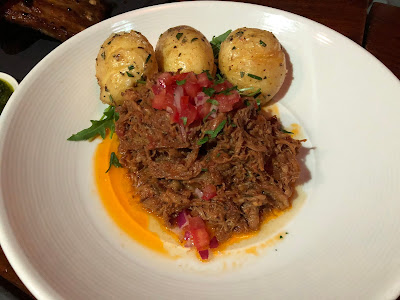 Lamb was booked well and not dry. From memory, it was well seasoned and tomatoey in flavour. 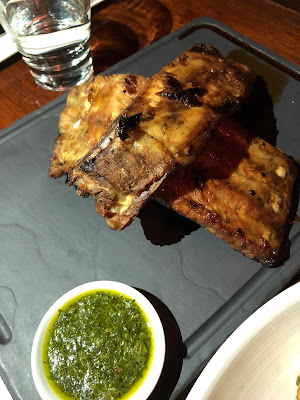 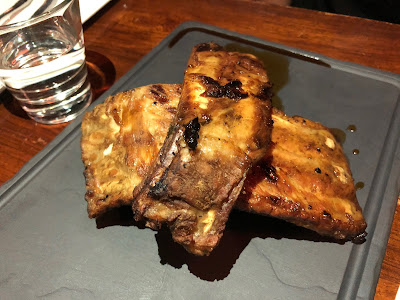 These ribs were just a tad bit dry, but they did come with a pesto/mint sauce. Meat would have been cooked with more marinade. 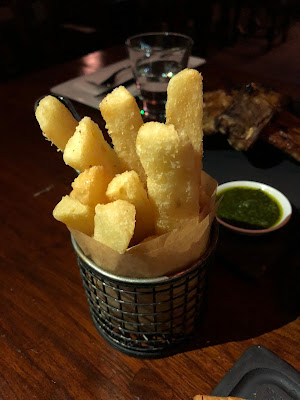 Had to Google what yuca was. It sort of tastes like taro and polenta but without the grainy texture, and it's quite light inside. Tasted quite healthy with a good crunch and not drenched in oil. 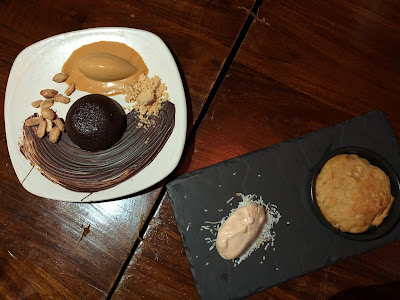 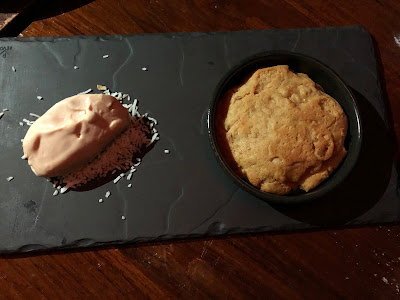 Wish the scoop of ice cream was bigger, since we ordered this dessert mainly for the ice cream. The guava flavour was subtle but quite nice. The cookie was too sweet. 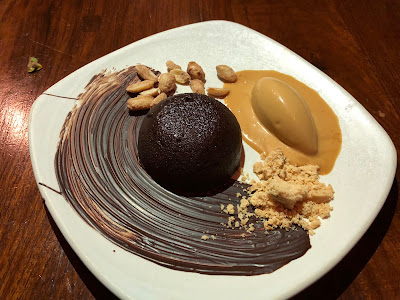 This dessert was also overly sweet, and couldn't really taste the coffee in the dome cake. We shared this between 5 people and still found it sweet. The ice cream was already melting when it got to our table, and had more caramel than salt which didn't help with the sweetness. Candied peanuts weren't;t really necessary.

Total price of food was $208, so after half price for 5 we paid around $20 which is cheap for dinner and the amount of food we had. Full price, I wouldn't go again since the food wasn't amazing. 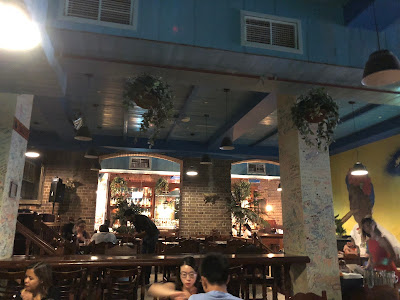