After uni filled with diseases tutorial, headed here for a super late lunch. I really don't know my Korean cuisines, so if someone suggests to go, I tag along. My only suggestion was to go to a Korean place which I haven't been before, hehe. 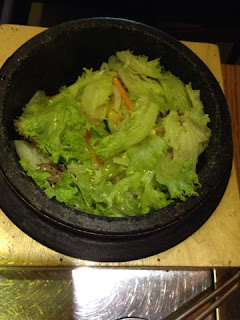 Disappointed how it didn't look nice with its separated components, and the lettuce covering it. This was average tbh. 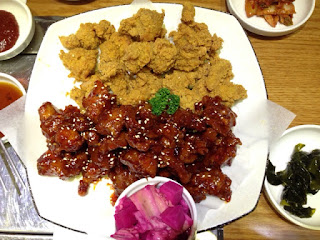 Korean Fried Chicken, boneless half and half-$36

I was the only on the table who wanted it on the bone, but majority ruled. The spicy one was spicy, but I could handle it (with water). I think this is my first time having KFC this year, since it's so unhealthy and fattening...So I can't really compare what's good and not that great 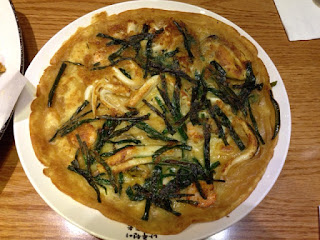 
Friends wanted Kim Chi pancake, but they didn't have it here. This seafood one was disappointingly small, only the side of an average plate, whereas other ones have really large plates. This one didn't have enough flavour and probably too thin. 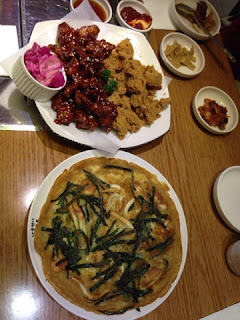 foood
only 3 side dishes though, and no potatoes ):