I've actually never had a fake cronut before. Cronut is actually a trademarked name by it's inventor-Dominque Ansel (which is a post for another day, one which I have been planning to write since my trip to NYC last year) 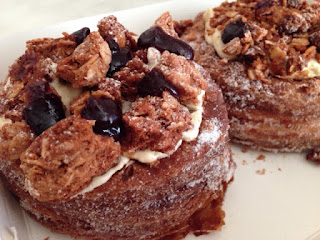 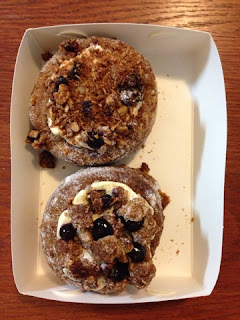 got the last 2 for the day. (the previous week I went they sold out early arvo) 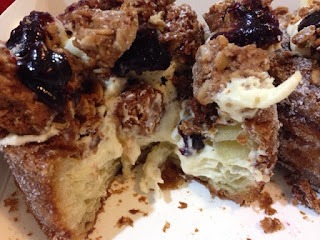 A lot more doughy and not flaky enough compared to the real cronut, but I guess all chefs out their own spin on things. Not as buttery either, more on the doughnut side. Toppings were really nice. 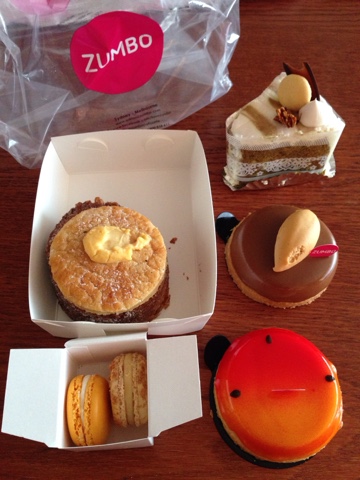 
Macarons were delicious as always and full of flavour. 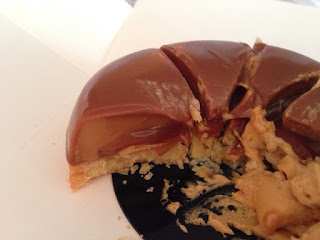 
Caramel tart wasn't really salty enough. The caramel had a more bitter flavour than sweet flavour which gave it more depth :) So yum. The real winner was the passionfruit tart, this one has been on Zumbo's inventory since he had his first shop in either Rozelle or Balmain (I forgot), and finally decided to try it. Passionfruit curd had a good balance of acidity and sweetness. The base was a tad hard to cut through though. Have yet to get the Tuesday Tarts deal-buy one 2nd half price. Tuesdays are my super late days ): 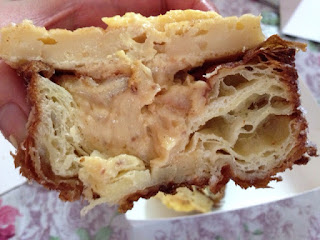 It was strange having a pancake on top. By the time I got home, the butter was already slightly melted. Preferred the other flavour since this was predominantly just lemon.

The slice of green tea cake was from Pishon (late birthday cake/gift).

Decided to get these sweet before my relatives flew back to HK.