Long time no brunch! This post isn't actually backdated unlike my previous ones (and the ones to come). Had a break during summer school today, so spontaneously went out to eat in Surry Hills at this relatively new place. It's near Reuben Hills, and you don't have to walk up the main hill, so that was a plus. Modern Vietnamese fusion food in a classic Surry Hills cafe setting and decor. 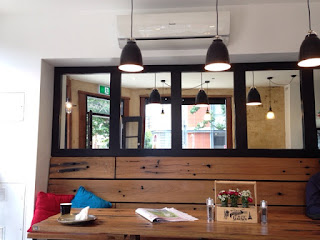 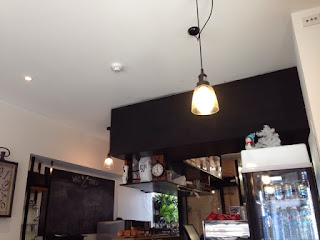 It was actually smaller than I expected. There is some seating around the back, but the tables are quite squished together. There's some outdoor seating, but being summer and with warmer days, there are quite a few flies around, even on our indoor table. The food took a tad bit longer than expected, but our eyes lit once it arrived =D 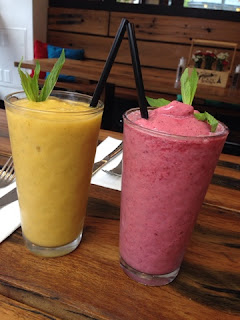 The mango one wasn't like your typical mango drinks with mango nectar/overly sweet. Nice and refreshing, and I think the green apple helped to make sure the drink wasn't too sweet. The berry one was refreshing like other berry drinks 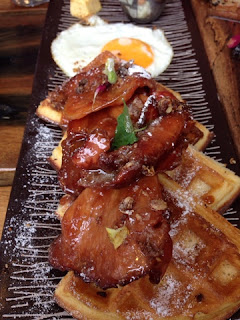 
This dish sounded exciting, but was the most disappointing and least traditional. The waffles were soft and not too buttery, but would have liked a bit more of a crunchy outside bit. There wasn't enough salted caramel though ))): Since the caramel wasn't salted enough, and on top of the super sweet maple syrup, this dish was definitely too sweet. Didn't help that I freely poured the maple syrup over my waffles since it's not normally that sweet, but this one was. The bacon didn't have too much fat on it which is a plus. The poached egg was fried, but it did have a runny yolk. Couldn't taste the oat ginger crumbs because of the sugar already on the bacon plus maple syrup. 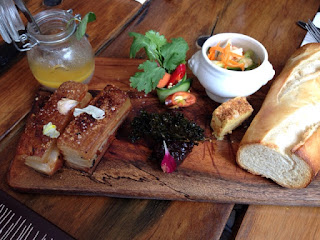 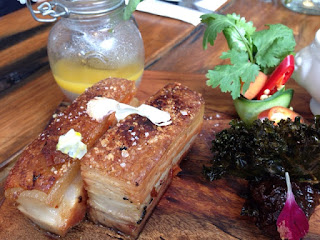 
Definitely a favourite, it was so cute to make your own little rolls. Yes, a normal pork roll is around $5 or less, and this one is 4 times the price, but there is pork belly! It was tender and soft, but the pieces we got weren't crispy, and did have a lot of fat on it. Loved the cute little pate jar, which was so delicious I ended up eating it by the spoon (but stopped since it's super unhealthy). The jar toppled as the waitress brought over the dish, but she was carrying 2 super long boards I guess. Loved the chutney, gave it some sweet fruitiness. Couldn't eat the kimchi since it was too spicy, but I did fill my roll with the pickled veggies. Wished they gave more bread since dividing the bread up between 3, you don't have much left. Too many toppings left and no bread. The roll was really soft and toasted well on the outside. The butter had a sort of crumb, but couldn't taste any other flavour apart from butter lol. 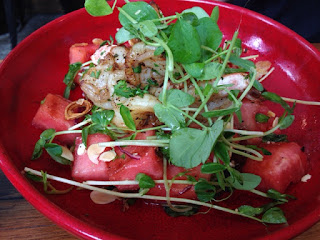 Ordered a salad because the chicken salad on the table next to us looked very generous, but we ordered the prawn one (recommended by the waiter) and unfortunately it was in a smaller...There were roughly 5 prawns, not massive king prawns, but still cooked and seasoned well. The dressing had a bit of pepper and by the end it was a bit spicy. I think seafood and watermelon salad is a thing now since it's summer. Some watermelon was served slightly warm which tasted a bit different, and could have been sweeter, preferred it just normal. Loved the pecans which gave it so much texture even though it's deceivingly small. Greens were delicious with the dressing, and slightly creaminess from the cheese. Pretty different flavours for a salad (: 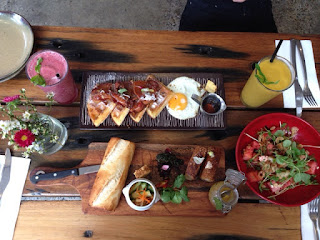 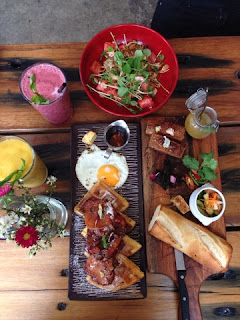 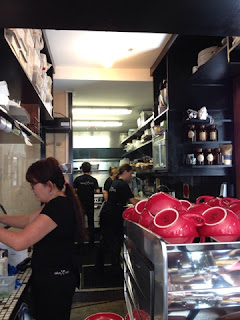 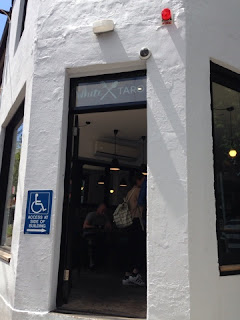 They also forgot to charge us for the salad, but mu friend went back to them since it was unusually cheap when she paid...Vietnamese food is generally considered cheap, but modern Viet fusion is really delicious and interesting!